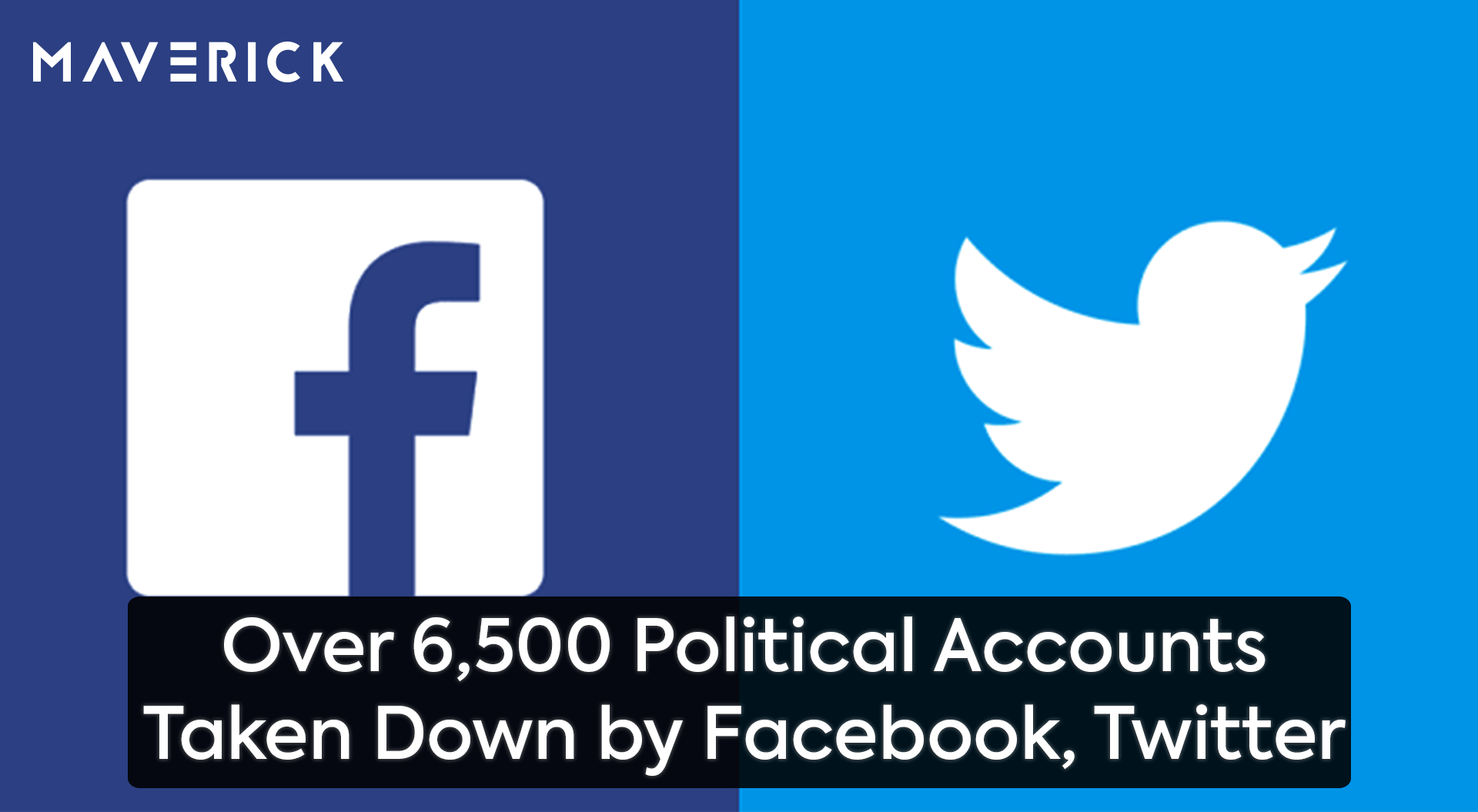 Here is a breakdown of what each platform did and how many accounts, pages, groups were removed.

Twitter took down thousands of fake accounts that were publishing fake and misleading content. The 280-character-per-post platform removed around 5,929 accounts originating from Saudi Arabia.

"These accounts represent the core portion of a larger network of more than 88,000 accounts engaged in spammy behaviour across a wide range of topics. We have permanently suspended all of these accounts from the service," Twitter said in a statement.

Earlier this year, Twitter removed almost 4,779 political accounts, most of whose activity was based in Iran.

Twitter and Saudi's Smaat
Smaat is a Saudi Marketing Company which runs political and commercial operations. For sometime, Twitter had its eyes on this company and focused its investigation on it. What Twitter found out was that while Smaat might seem like a normal social media management agency, it actually had some links to the Saudi Royal Family and had recruited two former Twitter employees to search the platform's database for information those who criticized the Saudi government.

Smaat created profiles that sent over 32 million tweets and gained millions of followers, according to a report by Social Media Today. These fake profiles asked their followers to hit the follow button or retweet their tweets which lead to creating sub-groups within the networks, the report explained, noting that while the tweets seemed ordinary, they actually included propaganda messages.

The Epoch Media Group Case
Facebook also announced the removal of hundreds of accounts and pages that were related to The Epoch Media Group, the head company of Falun Gong-related publication and conservative news outlet The Epoch Times. The accounts and pages used fake profile pictures which were generated by artificial intelligence. These profiles were used across Facebook and Instagram. They targeted the United States and Vietnam.

At Maverick, we expect this from Facebook even more since users on the platform tend to create pages to spread false and misleading news. “Pages that repeatedly publish or share misinformation will see their distribution reduced and their ability to monetize and advertise removed,” Facebook said in an official statement.

Earlier in the year, the platform also removed 265 Facebook and Instagram accounts, pages, groups and events that were linked to Israel over coordinated inauthentic behavior. The activity was based in Israel and focused on Togo, Nigeria, Niger and Tunisia, according to Social Media Today. In addition, 137 Facebook and Instagram accounts, pages and groups were removed since they were a part of a domestic-focused network in the UK.

With growing political campaigning across social media, page owners as well as social media users in general are urged and encouraged to the check the sources of the news they share.

0 Comments
Write A Comment
Fill out the form and we'll be in touch soon!

Ready to request a project?